We’re proud to be recognized on numerous industry-specific lists, including:

Educated as a botanist and trained as an information engineer, Marjorie (Margie) Hlava has worked behind the scenes for many major information organizations as well as over 2,000 engagements at Access Innovations.

She worked for five years at NASA, logging up to 20 hours per week as an online searcher, using systems and giving feedback. Margie was the Information Director for the DOE National Energy Information Center and its affiliate NEICA, where she rose to the position of Information Director before taking her team private as Access Innovations.

Margie developed the Data Harmony software suite to increase search accuracy and consistency while streamlining the clerical aspects in editorial and indexing tasks. Her most recent innovation is applying those systems to medical records for medical claims compliance in a new application called Access Integrity.

Margie served for seven years on the NISO board, chaired the SLA Standards committee for nine years, and chaired the NFAIS Standards committee from 2001- 2016. She was instrumental in working on the NISO standards for thesauri and controlled vocabularies (Z39.19), Dublin Core (Z39.85), DOI (Z39.84), and contributed Metadata which formed the basis of CrossRef, The Credit taxonomy for author contributions and others.

She was NFAIS president and has served on that board twice, was president of the American Society for Information Science and Technology (ASIS&T), president of Documentation Abstracts, president of ASIDIC, and Treasurer of IIA at the time of its merger with SPA to become SIIA. She also gives back to her local community, serving on the boards of the New Mexico Information Commons, the Hubbell House Alliance, New Mexico Data Stream, and the Hubbell Society Museum and Library.

Margie’s work has been acknowledged through numerous awards, including ASIS&T’s Watson Davis award, the SLA John Cotton Dana and SLA President’s Award, recognition as an SLA Fellow, and as an Albuquerque Business First Woman of Influence for Technology. In February of 2014 she received the Miles Conrad lectureship for NFAIS. In November 2014, she received the ASIS&T Award of Merit. She was elected to the Hubbell Hall of Fame in June 2019.

She is the author of multiple books and more than 200 articles, including the The Taxobook, a three-volume collection on the history and implementation of taxonomies. She holds two U.S. patents encompassing 21 patent claims.

A past president of ASIDIC, Jay is a popular speaker and has given many presentations, workshops, and seminars on semantics and knowledge organizations systems (KOS), the economics of artificial intelligence (AI), topic maps, database development, legacy file conversions, SGML, HTML, XML, and other related topics.

Heather received a bachelor’s degree in foreign languages from the University of New Mexico, and an MBA from New Mexico State University. She was named a Fellow of SLA (Special Libraries Association) in 2019, and serves as the SLA Taxonomy Division Chair and the SLA Route 66 Chapter President. 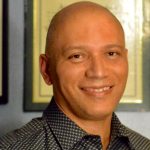 Antonio brings more than 20 years of diverse, international sales management experience in the publishing, library technology, research and information services industries. As a sales and account manager with such companies as ProQuest, OCLC, Elsevier, and IEEE, Antonio acquired a broad base of knowledge that he brings to his new role at Access Innovations as the company grows into expanding market opportunities.

“My extensive background in information technology and my experience with the library, publishing and research community will allow me to work with the Access Innovations community effectively and immediately. I am excited to be working with Access Innovations, Inc. at this relevant time where information deemed as reliable and essential must be properly organized y classified to facilitate its discovery and use; I look forward to engaging with the stakeholders and broader community of AI in the next few months.”

Antonio holds degrees in Computer Science from Universidad Dominicana O&M, Business Management from Newman University, and a master’s in library and Information Science, from the University of Wisconsin, Milwaukee. He resides in Albuquerque and during his free time he enjoys photography, traveling, and visiting music stores looking for old 80s CDs and LPs to add to his extensive collection.

Samantha’s recent projects include taxonomy and rule-building work for JSTOR, AIP, Access Integrity, Triumph Learning, AAAS, and McGraw-Hill Education. Her day-to-day tasks include managing projects, creating and maintaining taxonomies, and abstracting and indexing work. Samantha earned her Bachelor’s degree in English, with a concentration in creative writing, from the University of New Mexico.

Jeffrey holds bachelor’s degrees in mechanical engineering and applied mathematics and a master’s degree in computer engineering. He is originally from Albuquerque though he has lived all over the United States. He has worked for the University of New Mexico, Sandia National Laboratories, and the Airforce Research Lab in numerical analysis and scientific visualization positions. As a software engineer, his research and professional interests involve finding and utilizing patterns in complicated data sets.

New to the Access Innovations team in March 2020, Mike joined us as an aspiring software engineer. He is currently going to school to receive a bachelor’s in computer science with plans to also obtain his masters. While he hasn’t always worked on software development, he has always had a passion for technology. He has lived most of his life in Albuquerque, New Mexico but has lived in several states across the East coast including Maine, Virginia, and Maryland. When he isn’t building applications for clients or completing his studies, Mike is usually found playing video games.

Daniel joined our team after spending more than 25 years as a geophysicist for British Petroleum. He received bachelor’s and master’s degrees in engineering from Purdue University before earning his doctorate in aerospace engineering sciences from the University of Colorado. His professional affiliations include the Society for Industrial and Applied Mathematics, the Professional Engineers of Colorado, and the Oklahoma Society of Professional Engineers.

Jack creates controlled vocabularies for subject-metadata indexing of scholarly content. He also writes technical specifications and marketing materials. Recent organizations Jack developed and revised taxonomies for include IEEE, SPIE, Hindawi, and The Institute of Physics (IOP). Jack received a Bachelor’s of Arts degree from the University of New Mexico in English with a professional writing concentration.

An editor and taxonomist, Gabe has worked extensively on taxonomies for PLOS, JSTOR and ASCO, among others. He has a Bachelor of Arts degree in Asian studies from Macalester College, with a minor in Japanese language.

Tom-The-DP-Guy is camera shy but incredibly talented at keeping all of our computers running, which is critically important. He keeps our hardware in shape, makes sure we have the right software to do our jobs, keeps track of all of the software licenses so that we don’t violate any copyrights or intellectual property rights, keeps spam from overtaking our email boxes, and fights computer viruses on our behalf.

Frank is a new addition to the team, but never ceases to amaze us. His prowess with just about any PC we have around is astounding. He is our second go-to guy when it comes to anything IT-related and is also working towards a degree in the field. When he isn’t studying, you can find him honing his skills at our office or enjoying his many tech gadgets – mainly Apple products.

Bill joined Access Innovations in 1995 and is in charge of accounting, project cost accounting, cash flow forecasting and various special projects. He has a degree in Finance from the Anderson School of Business at the University of New Mexico and is a member of the New Mexico Society of Certified Public Accountants.